You may have contemplated whether or not a vasectomy reversal is the right option for you. But even after weighing the pros and cons, you may still be wondering if you have all the facts—after all, there’s a ton of information out there. It’s crucial to know what’s true and false about vasectomy reversals, so let’s break down some of its most common myths below.

Myth: Vasectomy reversals are NOT effective for older men.

It is entirely possible for an older patient to successfully undergo a vasectomy reversal and conceive a child. However, just as women may have more difficulty becoming pregnant as they advance in age, older men can also experience lower quality sperm that affects their overall chance of conceiving.

Myth: After 10 years, a vasectomy reversal will NOT work.

While it’s true that higher success rates are associated with vasectomy reversals performed closer to the original vasectomy date (within five years), the average success rates for ALL reversals—including those performed even 15 years after—are still fairly high. Your chances of a successful reversal increase greatly by finding a highly-skilled doctor to perform the procedure. 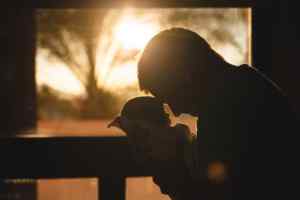 Myth: In Vitro Fertilization (IVF) is quicker and easier than having a vasectomy reversal.

Many couples tend to assume that IVF is both easier and more cost-effective, but IVF can be extremely draining and time-consuming. In fact, the cost of IVF is actually more expensive than that of vasovasostomy (the most common type of vasectomy reversal) performed in an office setting. IVF often requires multiple cycles and treatments, potentially becoming much more expensive than initially believed.

Myth: Vasectomy reversals are 100 percent guaranteed to work and lead to fatherhood.

Success rates change depending on individual patient circumstances and do not solely rely on whether or not a reversal procedure was performed. Important factors to consider include the time between the original vasectomy and the vasectomy reversal, the type of vasectomy originally performed, and the surgeon who performs the reversal. Furthermore, what should be considered a “success” is evidence of responsive sperm—not simply the intended result of having a child. 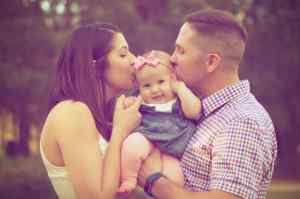 Myth: Couples should not try to conceive right after a vasectomy reversal for fear of a “leftover, defective sperm.”

New sperm are constantly created and reabsorbed by the body, meaning they don’t stick around and “age” and grow defective. Immediately following a reversal, any “older” remaining sperm from pre-reversal that are still being broken down will quickly lose their motility and have little chance of meeting the egg. There is also no evidence to suggest that an early pregnancy following a vasectomy reversal is linked to higher risk of miscarriage, birth defects or health problems in babies.

Myth: Some vasectomies are not reversible due to how they were originally performed.

This is simply false. While there are different ways to perform a vasectomy, it is very rare for one to be irreversible in the hands of a skilled surgeon, regardless of how it was originally performed. However, it’s important to note that if the long segment of a patient’s vas deferens is cut away, or the position of the cut in the vas deferens is either too high or too low, then the reversal procedure and success rate could potentially be affected.