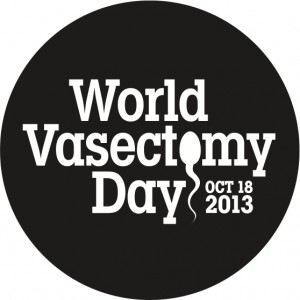 On October 18, 2013 men all over the world, whose families are complete, will dedicate their vasectomy to Planet Earth in a world-first vasectomy-athon to launch the inaugural World Vasectomy Day (WVD). The goal is to raise awareness about the environmental impact of rising population on the planet, men’s role in family planning and vasectomy as a solution to prevent unintended pregnancies.

1,000 men in 25 countries will take the ultimate snip to show they care about the growing strain that population is placing on the planet’s resources, their families and themselves.