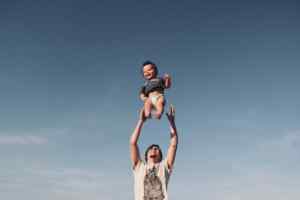 You may be familiar with the term “antibodies” as “something that helps the body ward off disease,” but the notion of sperm antibodies might seem counterintuitive. After all, why would the body want to destroy perfectly good sperm?

Antibodies, small molecules that the body naturally produces to fight off infections, essentially stick to and kill off invading/unfamiliar cells. Sperm, however, are protected from being targeted by these antibodies via the blood-testis barrier, which physically prevents sperm from interacting with the blood stream. The body normally isn’t even aware of the presence of sperm.

However, when the blood-testis barrier is compromised due to surgery, trauma to the area, or abnormal development of the testis, sperm may be detected and targeted by antibodies. In the case of a vasectomy, the vas deferen is cut and may leak sperm, potentially allowing the body to “see” and detect sperm for the first time. As a result, the body naturally produces antibodies to fight the sperm, which can affect sperm function and overall motility. Research suggests that at least 70 percent of men have detectable antibodies following a vasectomy, with 50–80 percent of cases occurring in the first year after the procedure. A small percentage of patients who do not develop antibodies in the first year develop them in the second or third year.

While antibodies can cause problems for some patients, they aren’t usually responsible for post-vasectomy reversal infertility. A recent study published in Urology concluded that patients who experienced poor sperm quality actually had partially blocked vas deferens following a reversal. The patients’ initial post-reversal low motility wasn’t a result of sperm antibodies. After correcting the blockage issue, most patients were able to successfully conceive.

Furthermore, despite some research suggesting that antibodies may decrease the chance of pregnancy after a reversal, the high overall post-operative conception rate (50-70 percent) and the uncertain correlation between antibody testing and post-operative pregnancy rates make antibody presence a controversial predictor of fertility.