Being told to use contraception after undergoing a (hopefully successful) vasectomy may seem counterintuitive, but the patient is NOT completely sterile immediately following the procedure. A series of follow-up tests is required to first confirm that sperm are no longer present in the patient’s semen, a process that can take many weeks. There is also the chance that the vasectomy procedure failed. In either case, patients must err on the side of caution and use birth control during intercourse in the first three months following a vasectomy.

How a Vasectomy Affects Sperm Travel

Before joining the semen, sperm must first make their way through several tubes, including the two vas deferens. Both vas deferens—one attached to each testicle—are cut during a vasectomy procedure, preventing new sperm made in the testicles from traveling through the vas deferens and being ejaculated.

Despite the vas deferens being severed, leftover sperm may still remain in the upper part of the vas deferens near the penis. It may take anywhere from 15 to 30 ejaculations before all the leftover sperm are cleared from the tubes, and it’s not uncommon for patients to wait at least three months before becoming completely or nearly sterile. Therefore, it’s important to use birth control during intercourse until your doctor confirms that you are, indeed, free of motile sperm.

What to Expect From Follow-Up Testing 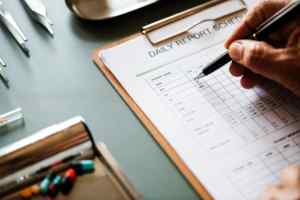 Your doctor will test your semen approximately 12 weeks after your vasectomy to examine for presence of motile sperm. If test results show that your semen is sperm-free, then the vasectomy was successful, and additional birth control will no longer be necessary. Some patients’ semen may show a small number of non-motile sperm, whereby the risk of pregnancy is very low, and additional birth control may not be needed.

If follow-up testing shows that sperm are still present in your semen, your doctor will talk to you about your options. This may include further testing, in which case you will need to use some form of contraception during intercourse until you receive the green light that you’re sperm-free. Your doctor may also decide that the chance of pregnancy is low enough that birth control is no longer necessary.

Yes, A Vasectomy Can Fail

While the failure rate of vasectomies is extremely low, there is still a chance that the procedure fails to make you sterile. A vasectomy failure essentially means that sperm continue to be present in the semen after a notable amount of time has passed following the procedure. This can be due to sperm that existed pre-surgery, or the severed ends of the vas deferens rejoined to form a complete tube (recanalization) and resulted in an increased count of motile sperm.

If a vasectomy fails, patients can either undergo another vasectomy or continue using a different form of contraception.