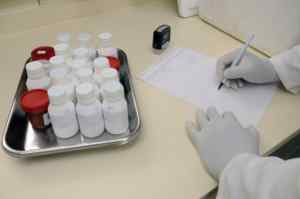 After undergoing a vasectomy procedure, patients typically aren’t declared sterile until a post-surgery semen examination comes back negative. While early failure of a vasectomy—where semen is detected in the ejaculate soon after the procedure—has been recorded and recognized as a possibility for nearly 50 years, late failure of a vasectomy wasn’t considered until years later.

Late failure of a vasectomy occurs when semen reappears in the ejaculate even after two previous negative specimens. In an eight-year span between 1984 and 1992, six spontaneous late failure cases were recorded. All six cases resulted in DNA-proven fatherhood despite previously consistent negative semen analyses that confirmed patients could forego secondary contraception.

In one case, a patient who underwent a vasectomy in March ’84 recorded one positive semen analysis before recording two consecutive negative analyses later that year. Despite his negative semen results, he conceived a child in November ’85 while still showing a negative sperm count post-conception.

How does late failure of a vasectomy even happen? Based on study results from Churchill Hospital in the UK, it’s assumed that patients must have intermittently produced small amounts of viable semen either in between semen analyses or after the final analysis. Furthermore, results showed that even when post-conception semen analyses came back negative, paternity was still possible and, in these cases, actually confirmed via DNA.

All in all, a vasectomy is still the most reliable method of permanent male contraception. However, it’s important for all patients to note that late failure and/or pregnancy after a vasectomy, while rare, is still a possibility.