From self-order kiosks to robot vacuum cleaners and robot cafes, the rise of robot-assisted experiences in recent years has been undeniable. But would you ever consider participating in a robot-assisted surgical procedure?

In a previous blog post, we detailed the pros and cons of electing a robotic vasectomy reversal over a traditional vasectomy reversal performed by a surgeon. While a robot would provide more precise cuts and deliver a more efficient process overall, actual results seemed to show that patient outcomes were simply comparable to, rather than improved from, those of traditional reversals. And since robot machines are quite expensive, most surgical centers are sticking to traditional reversals for the time being. 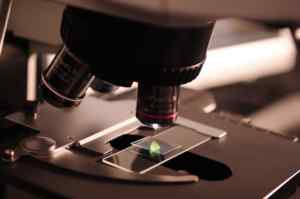 Interestingly, the study also found that for men who were in the 0–8 years obstructed interval, RAVR had a 100 percent patency rate compared to an 89 percent patency rate for MVR. This particular finding could be a game changer in the development of robotic vasectomy reversals and significantly influence some patients’ preferred techniques.

As more research on robot-assisted procedures surfaces in the coming years, we may see shifts in how doctors and patients perceive such methods. One thing’s for certain, though—the use of robots in everyday life will surely become more common than ever.